About The Lil Homie Project

"Our vision is to Educate, Evaluate, Engage and Inspire young adults battling various help-seeking barriers (alcohol/ drug abuse, mental illness, etc). By utilizing music, we intend to facilitate a therapeutic approach to not only educate the youth on the dangers alcohol & substance abuse but provide a positive outlet for those in need of guidance. "
Cherisse Ervin
CEO/Chair 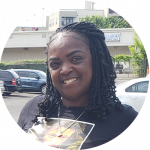 The LiL Homie project was created by Cherisse Ervin to honor her late son Adarryl Ervin. Adarryl, also known by his stage name LiL Homie, was a promising young musician known for story telling throughout his rhymes. After the record label he was signed to was shut down in 2009 Adarryl was left to figure things out on his on without his outlet, music. Adarryl’s personality started to change rapidly. By the age of nineteen years old he began drinking, using drugs, and having regular outburst of anger/rage towards his loved ones. After noticing his erratic mood swings, his mother decided to have him admitted for a psychiatric evaluation. It was at that moment Adarryl was diagnosed with bipolar depression with manic episodes. Like others, Adarryl was prescribed medication to relieve his symptoms but he chose to continue to self-medicate instead.

Over the years, Cherisse educated herself trying to find ways to get through to her son. Even with all the support that was given, the negative stigma relating to mental illness made Adarryl hesitant to accept the help he was given. Sadly, just over a year after his diagnosis, on January 24 th , 2016 Adarryl departed this earth suddenly, leaving an impact on all who knew him. Cherisse, armed with her newfound knowledge and spiritual growth vowed to not let his name go in vain. She intends to help other young adults and their parents fight to live a healthy and normal life. This was the start of the Lil Homie Project (LHP).

Based on my experience with mental health, many people struggle with the idea of being labeled as different or “crazy” after their diagnosis. The stigma surrounding mental health causes feelings of depression and isolation. To combat these feelings, studies have shown that expressing emotions artistically (singing/rapping, dancing, writing, etc.) can be a therapeutic release. After witnessing the impact of not having a positive outlet for expression, I decided there was a need in my community.

I began to develop a program designed to education, evaluate, engage, and inspire young adults battling mental health issues. This program will not only serve as an outlet for expression but will also instill skills that can be utilized in the future.

The Lil Homie Project (LHP) will open a fully functional music/art studio that includes office spaces for one-on-one sessions. We are 501c3 certified and able to receive donations from various companies and government agencies. With my background, I have connections with various artist that support mental health. Through marketing and promotion, I will recruit the artists that want to donate and/or record at our studio in which they will receive a tax-exempt credit to offset the any yearly tax they may pay. I hope once the program is established and proven to be effective, we will be able to obtain government funding. This funding will allow us to expand our program throughout other states in the country.